Having the feeling that your husband is cheating can be very exhausting, finding out that he’s actually cheating can be one of the worst feelings. According to infidelity statistics on hernome, men are more likely to cheat than women and 35% of cheaters had an affair with a coworker.

Another study on infidelity statistics reveals that approximately 40% of unmarried relationships and 25% of marriages have at least one incident of infidelity, implying that your suspicions that he’s cheating at work are not impossible to be correct.

lying, hiding, deleting, keeping secret and clearing logs are all characteristics attached to cheating. Although most of these incidents of married men cheating with a coworker may not be intentional from the very start, it all begins as a friendship with the intention of being ‘just friends,’ and with time, the friendship blossoms and they become more than just friends, emotionally connecting and confiding in each other, which leads to an affair.

But before you start looking out for signs of cheating in your husband, ask yourself if you’re just being paranoid or if you have a solid reason to doubt his fidelity because a false accusation can be devastating for both the wrongfully accused person and the accuser.

Accusing your husband of cheating when he isn’t may make him believe it is a projection from you and you are the one cheating instead, and even if he calmly says no, you may still not believe, which leads to a lack of trust in a relationship, and that is why you need to look out for these 10 signs to know if he’s cheating on you with a coworker so you can be sure you’re not assuming and also break his possible lie defense walls altogether.

10 Signs Your Husband is Cheating on You with a Coworker

The first sign will be that of your instinct and you just find yourself  not being happy with how things are going between you two because you know something isn’t quite right and there are some changes that you have noticed subconsciously that lead you to suspect him of such an act. Most of the time, you will shake it off, but the thought and feeling keeps coming back, and when this happens, you need to really pay attention to the feelings to see if something is truly wrong.

He Barely Communicate With You

He rarely have the time to have a meaningful conversation with you and sometimes blame it on being tired and exhausted due to work. There are even some men who will tell you outright that they don’t feel like talking and tell you to postpone the conversation until a later time; it’s possible that they’ve spent the entire day talking with the other woman and just need to relax when they get home, and during the brief time you had to talk, he may unconsciously mention someone new and then regret it immediately.

To improve the likelihood of him talking about that woman, bring up discussions about his work and how he has been dealing with it, and then pay close attention to every detail of what he says. The truth could be buried in the conversation’s details.

He is Emotionally Detached

The emotional connection you once had fades away, and spending time with you or staying sensitive to your needs and problems becomes difficult for him, and the bond appears to weaken day by day. All he does now is come home to pass the night, and he barely cares about breakfast and dinner. This is because he is getting his needs (emotional connection, sex, food) met elsewhere and sees no reason to stay connected with you.

His Work Routine is Unstable

His actual job hasn’t changed, so you might wonder why he’s getting up extra early to go to work and returning home extra late when his paycheck hasn’t increased. (Especially if you have access to his bank statement) Or perhaps he told you he was out with his friend yesterday, but you subsequently discover that his friend never left the house all day yesterday, He might even instruct you to eat dinner and go to bed instead of waiting for him during his late nights. and to make matters worse, he started going out on weekends, especially Sundays, claiming that he wants to go ‘finish up’ some works on his table. That is, without a doubt, an indication that he is involved with someone else outside of the relationship.

You’re probably aware of how your husband used to smell and the peculiar women’s deodorant fragrance you’ve noticed recently, or perhaps he’s started smelling like he’s just showered when he’s supposed to be smelling of his own perspiration from the day’s work. This can also be a good approach to acquire a hint. It’s possible you’ve spotted a woman’s belongings in his car or bag once or twice. That’s a significant clue he’s cheating on you with a coworker.

He Tell You, You Don’t Know His Worth

After being together for a long time, couples may begin to take each other for granted, reducing professions of love and ceasing to make small sacrifices for each other. However, when your husband notices this ‘new lovers’ caring gesture with a coworker, your normal behavior becomes grating to him because someone somewhere cares for him more than you do, which is understandable given that they are new to each other, and he ends up telling you that you don’t know his worth.

He Pays More Attention to His Appearance

Have you noticed he’s become more conscious of his appearance these days? Perhaps he’s recently changed his hairstyle or started wearing perfumes, aren’t you curious what he’s up to? Is there someone new he’s trying to impress? Changing his appearance doesn’t have to be a clear indication that he’s cheating, but if the change is intense and sudden, you should pay close attention because something is fishy.

He Accuses You of Stalking

He’s a cheating suspect if he accuses you of tracking his whereabouts, checking his phone behind his back, or trying to follow him around. I understand that the fear of losing your husband may drive you to do some of these things, but the fact that he is overly defensive and answers your questions with a question is what makes him a suspect of infidelity; otherwise, he should have a free mind and shouldn’t overthink or pay close attention to the way you behave around him to the point of seeing you as a stalker; perhaps he is trying to hide his infidelity for fear of being caught.

Leave the Home After an Argument

If there’s even a tiny squabble between you two, he’s out! The question is, where does he go all the time? He can’t leave his house and go to his friends’ house every time because they probably have their own families to spend time with, and while his leaving home makes you feel guilty that you’re always not making things comfortable for him, the fact is that the fault is not yours but his; he’s probably eagerly anticipating the next argument so he can feign anger and leave again.

Bonus Signs Of Infidelity With a Coworker

Genius Yet Simple Ways to Catch Your Cheating Husband

Check his social media for a female fan who recently started liking and commenting on all of his posts with those love emojis. You can also see if he has changed his relationship status to single or if he has left it blank. If you get a strange name as a prime suspect, tell your husband, “I got a message from (the suspect’s name), and please tell me what I read was not true.” The truth will be revealed by his reaction.

Play a Little Trick on Him

After one of his late nights or a suspicious movement, buy a little female stuff (lipstick, for example) and drop it in his bag or his car, and while helping him get ready for the next day’s work, ask him how the item got in his bag; you might see your husband shivering for the first time since you both got married lol.

Check for Strange Contact Number From His Recent Callers

Pick up his phone whenever you have the chance and make a list of strange numbers saved with strange names. Call those numbers with his phone but refuse to speak; you might hear someone on the other end say “hey baby|”, thinking the caller is actually your husband, and the truth might just fall on your lap that way.

Other Ways to Catch Your Cheating Husband

Society’s overall attitude toward infidelity is negative, but the frequency with which people get involved in the act suggests otherwise. The issue is that the definition of cheating varies from person to person. Some people, for example, do not consider flirting to be cheating until there is physical intimacy involved.

Communication is still important in a relationship, and even if you caught him cheating, you should discuss and take note of his reactions to determine whether he is truly sorry or doesn’t care, as this will determine where you stand in the relationship and how things move from there. 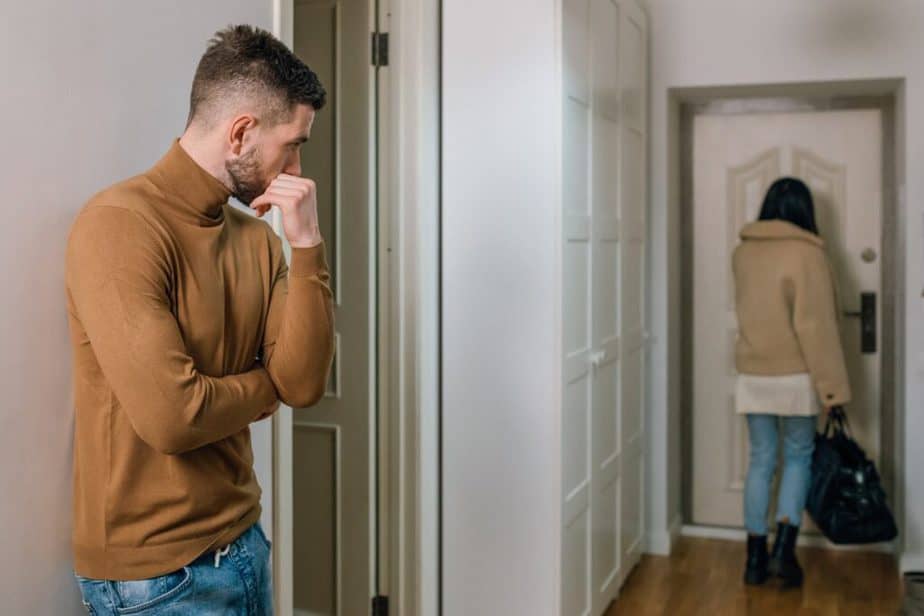