An ideal relationship is supposed to be about mutual love, trust, and commitment, in a one-sided relationship, however, it frequently appears that one person is devoting the majority of their energy, time, and finances to making the relationship work hoping that the other person will love them back but instead, it always turn out to be the reverse.

One of the reasons a person is less concerned about a relationship could be the way they were brought up. A child raised by a single soldier father, for example, would not be expected to become emotionally involved in a relationship because they were raised to be strong and hide their emotions. If that type of person gets into a relationship with someone who has always felt emotionally connected to their parent as a child, there will be a problem.

Mommy and daddy issues are common among young adults nowadays, and this is another factor that may make the relationship feel one-sided; a man who had issues with his mother as a child will always have issues with all mother figures, including romantic partners and women around him. The same goes for those who have daddy issues.

To be intimate with someone means to have strong emotional or physical ties with them, which is essential for any relationship’s success. When this is missing and the other person refuses to cooperate in becoming more intimate, the relationship becomes one-sided. This may not be entirely their fault, as they may be fearful of intimacy due to factors such as parental upbringing, also known as mommy issues, and previous experience with their ex.

There are some mental conditions that affect people and make them believe that taking actions that are generally unaccepted are actually the normal way to behave; they may not see anything wrong with the fact that they are not reciprocating the love you’re showing to them.

As previously stated, past relationships and experiences that have caused them a great deal of pain may numb their feelings toward “any new partner who may want to connect emotionally with them.” Past experience may be the reason they are either numb to emotions or fear committing or trusting their emotions into the hands of others because they do not want to be hurt again.

Can a One-Sided relationship Work?

While a one-sided relationship can be managed with the giver’s commitment and dedication, it won’t last long unless the taker decides to make changes and stop being a jerk to their partner.

In fact, the reason you decide to fix this is because you’re being pushed up against the wall, which is a clear indication that it might not last if things continue like this.

The only way to make a one-sided relationship work is to work things out and fix it so that it becomes two-sided; otherwise, it will fall flat. 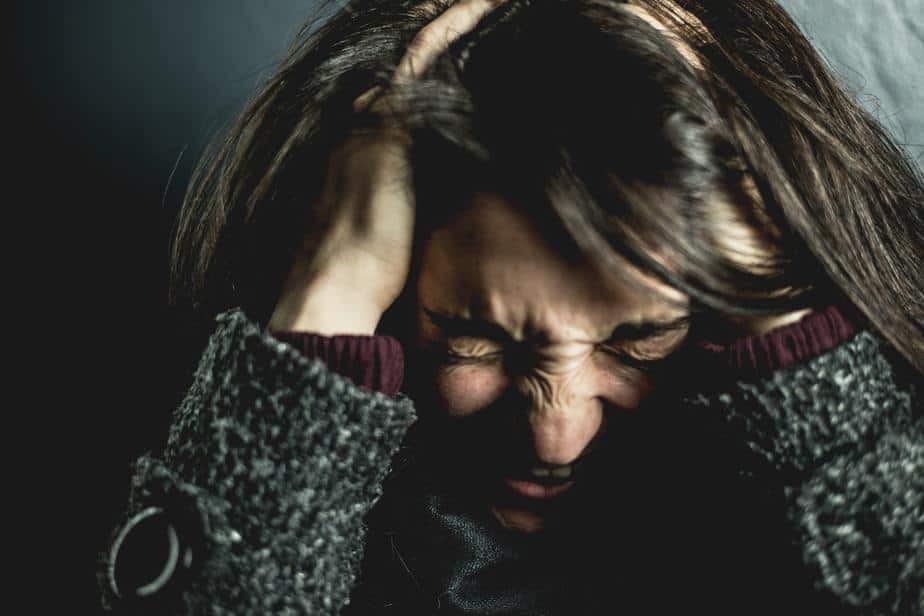 The first sign will be that your partner does not initiate anything at all, instead putting all of the stress on you. You are always the one who has to put in the effort to make plans, and everything remains dormant if you choose not to be active. Initiating in the context can range from sex to shopping to restaurant selection, and so on. and it appears that you are putting pressure on them to do anything you both need to do together.

Another telltale sign is that no matter how they have wronged you, they will never make a simple apology to you; in fact, they blame you for everything and never see anything they do as wrong; as a result, you will always be the one to make reconciliations, and if you don’t, the misunderstanding will continue until you decide to end it and apologize.

So you’ve gone through the stress of initiating something romantic, but you’re okay with it, and it’s about to get lit when you hear them say I don’t think I can..” or I don’t think this will work out, maybe some other time.” That can be painful, but it’s another sign you’re in a one-sided relationship – they never initiate and distort the plans you made.

In a one-sided relationship, the “takers” will always cross their legs in front of the TV and eat popcorn while you do all the chores; when it comes to discussion, they will always be the last to speak and make the final decision on what should and should not happen. They behave in a domineering manner, use authoritative tones, and are unconcerned about the fact that their actions may generate a conflict, and you always find yourself submitting to their wants.

They Never Appreciate Your Efforts

Another red flag is that no matter how much you help them out of trouble or how many nice things you do for them, you will never hear them say thank you or appreciate you in any way; they just don’t seem to care. Even if they thank you, you’ll always know that what you did was far greater than how they thanked you because of how shallow it sounds.

They Make You Feel Low of Yourself

When you begin to doubt your own worth and begin to feel like you aren’t enough, aren’t doing enough, or aren’t living up to your partner’s expectations, you are most likely in a one-sided relationship, and no matter what you do, you will always feel that way; the fault is not yours, but theirs.

Poor communication is another sign of a one-sided relationship. They never find you fascinating enough to strike up a conversation with you, the most they can do is talk with you only when they feel like it and whenever you try to initiate a conversation, they cut you off with the ‘I am busy for now’ attitude, even if they don’t say it directly.

They Hold You Accountable for Everything

There are occasions when you may be at fault, but if you find yourself apologizing all of the time, you should evaluate your relationship more; they may constantly blame or manipulate you by playing the victim role, making you feel like you’re mean.

It’s All About Them

When your world revolves around them but theirs does not, you are surely in a one-sided relationship and any little time you both have to talk, the topic of conversation will always be about them, and you unconsciously agree to that without even seeing anything wrong with it.

They use the word “me” rather than “us” more frequently, you find yourself doing things to please them, and you tend to wave it off when they do something you don’t like to avoid conflict.

They Threatens to Leave

This is the worst of all indications since it’s somehow beyond repair because whenever you bring up the issues you’ve noticed in the relationship that aren’t satisfactory, they threaten to break up, leaving you in fear of losing them, which is a form of bondage, and in this instance, the best fix is to set yourself free by letting them go and accepting the fact that you weren’t meant to be together.

Impact of a One Sided Relationship

The ‘giver’ can suffer substantial physical and emotional injury as a result of a one-sided relationship. This could lead to issues such as:

How to Fix One Sided Relationships

Every one-sided relationship has a cause, which could be upbringing, a fear of intimacy, or a lack of interest in the relationship. Fixing it may be dependent on the cause to a large extent.

What are the noticeable behaviors they exhibit that you don’t seem to like, what are the things that you believe are making the relationship one-sided, these are the things you should pen down so that when it comes time to discuss, you will be able to address everything all at once.

Discuss it With Them

Of course, your partner is not a mind reader, and they will only know if you tell them. Find a suitable time when both of you are in a good mood so you can calmly discuss exactly how you’re feeling about the relationship. The best way to get that good time for the conversation is to tell them ahead of time that you really need to talk with them on an important issue.

Express your feelings and how the relationship is negatively affecting you without blaming your partner so that the issue does not end up in an argument and the issue remains unresolved. When they begin to talk, be sure to stop talking and give them your full attention to show that you’re being genuine and truly want to get the issue resolved.

Deal With it Together

After discussing everything on your list and listening to their point of view, you should both reach a compromise and be specific about how you want them to behave in the relationship. Tell your partner what you expect from them based on your observations in the relationship. Here are some examples:

Again, what you want is dependent on what is already lacking, and you don’t want to approach this important conversation with a frown on your face, as if you’re ready to fight; instead, show them you sincerely want things to change and aren’t trying to make them feel bad about their behavior.

When to Move On From a One Sided Relationship

While it is acceptable to fix a one-sided relationship, it is crucial to understand whether the relationship is worth saving or when it is time to cut ties and move on because there are some things over which we have no control, one of which is attempting to force the feeling out of our partner or making the feeling mutual.

If they refuse to make changes after you express your concerns, it’s time to call it quits. Working so hard to make things right when they don’t even want to make changes is unsuitable because, in the end, a one-sided relationship is harmful to both parties.

Those who struggle with their own self-worth and acceptance are more likely to stay in one-sided relationships for an extended period of time. Rather than attempting to reestablish the connection, take a step back and focus on your own personal development rather than making your world revolve around your partner.

May God provide you with the wisdom and strength to overcome this trying situation.