To some extent, the statement “don’t let your boyfriend keep you from your husband” is self-explanatory, but this piece will shed additional light on it so that you understand the phrase much better.

This saying is a result of the fact that many young women stop being honest with themselves as soon as they fall in love.

While the adrenaline of love is still pumping through their veins, they have a tendency to forget the primary goal of dating, which is to determine whether a potential spouse is a good match before getting married to them.

Some even disregard obvious red flags, citing reasons such as “I love him,” “I can’t afford to lose him,” or “I can’t imagine life without him.” Sure, it’s understandable how our emotions might influence our decisions.

In fact, we’ve all made unwise decisions influenced by emotions at some point in our lives, so you can understand that the objective of the post is not to criticize you.

Recommended: How to predict the future of a relationship

Difference Between Boyfriend and Husband

I’m sure you already know the difference between a boyfriend and a husband, so this section will focus on the minor distinction that no one discusses.

It’s all joy, all excitement, all adrenaline rush at the outset of a relationship, and any decision made is always made from the heart rather than the head.

It always takes extra discipline for new people in a relationship to make a clear decision about things concerning the relationship that is completely free of emotion.

That is why most individuals overlook serious warning signs like physical and mental abuse and repeatedly pardon their partner when he apologizes, even if they are well aware that he will later repeat the exact same behavior.

As was previously stated, the early stages of a relationship are relatively simple because “feel good” hormones are very active whenever you are around each other.

However, what happens when the butterflies and adrenaline rush subside and you two are more likely accustomed to each other is where commitment comes in.

Any adult you see going all lovey-dovey with their spouse isn’t doing so because the excitement is active like in the days of old, but rather because they have both decided and concluded to be committed to each other.

This commitment is where most people mess everything up because it’s where love and discipline towards each other are proven.

A boyfriend will make you experience the sweetness of love to the point where you may pay less attention to the primary goal for accepting to date them, but no matter how close you are to a boyfriend, you can’t tick married on an employment form (for example).

Also check out: 40 instances when it’s okay to quit a relationship

How Boyfriends Keep Most Ladies From Meeting Their Husbands

Many women make the error of completely distancing themselves from other men during moments of excitement, especially in a new relationship, believing their lover is the man that will marry them, forgetting that we are all human after all, and disappointment can come from anybody.

Online, we read about relationships that last 10 years and involve promises of heaven and earth that end because of trivial disagreements.

We also learn about the acts that women, particularly, take as a result, including suicide and the traumas they endure afterward.

Some women today would even try to hit you if you talk about males because they think “all guys are the same” or “men are scum” as a result of the experience of their past relationships.

The goal of courting or dating is to determine compatibility before moving forward with marriage, so why would a guy do that for 10 years? In fact, any relationship lasting more than four years without a proposal is already a cause for concern.

The reason you shouldn’t let your boyfriend prevent you from finding your husband is that men can marry any woman at any age, but the same is not the case for women.

The more time you waste on a man, the harder it will be for you to find the right one, and eventually, you’ll be forced to settle for just anyone in an effort to get rid of the stigma of being single.

And because of this, you shouldn’t detach yourself from a potential spouse by claiming that you are in a serious relationship. If your man is wasting your time, don’t be afraid to bring it up.

Sit him down and have a serious conversation with him about it. If he tries to avoid such a discussion, that should be enough of a red flag for you to break things off with him and move on to a committed relationship, except you are not yet ready for marriage yourself.

Let’s briefly examine a few indicators that he isn’t prepared for marriage so you won’t waste too much time with him.

Dating For Too Long

If he has been in a relationship with you for five years or more without showing any signs of settling down with you, it is preferable for you to spare yourself further lost time and move on to the serious ones. A compatibility check can be performed in two to three years.

Avoiding Conversations About Future Together

Another warning sign is when he seems uninterested in the conversation anytime you bring up marriage-related matters. In this case, you should start being open to other guys.

If he truly wants to wed you, he will even be the one to periodically bring up the subject and ask you questions about it.

If he appears uninterested in the majority of relationship-related topics or treats your concerns lightly, it may be a sign of his emotional unavailability, and things won’t move forward if the two of you have lost touch emotionally.

Put emotions aside for a while and think rationally. You already know if things won’t work out so why stay there? Do not spend your time in a relationship when there are significant compatibility issues that cannot be fixed between you both. An incompatible genotype is an example

When You Feel You Are Wasting Your Time

When your gut feeling tells you that you are wasting your time, it is most likely correct. Do not let an unserious man lock you in and waste the most attractive and youthful period of your life.

If you are in doubt, do not be afraid to bring up the subject, be honest with him, and see how he reacts to it.

It’s all too easy to get caught up in the cloud of obsession and excitement, especially at the start of a new relationship when the adrenaline rush is at its greatest, dismissing the obvious red flags and trying to cover up for the negative indicators that our new partner is presenting.

Women are emotional creatures, but you should have the self-control to be honest with yourself occasionally. You should be able to tell the difference between a worthwhile relationship and a time waster.

Bring up the problem if you believe the relationship is stagnating. Have a talk with your man about marriage and the future; if he shows no interest, it is a sign that you should stop wasting your time, end the relationship, and move on.

Be open-minded and aware of red flags and compatibility concerns even while you are in a relationship with your boyfriend. Do not cut yourself off from men.

A man can always get married at any age, but your chances of finding the man of your dreams or even finding a man at all decrease as you get older.

Do not allow your boyfriend to keep you in a “serious relationship” to the point that you become inaccessible to the person who truly wants to be your husband.

How to predict the future of a relationship

40 instances when it’s okay to quit a relationship

When to start dating exclusively 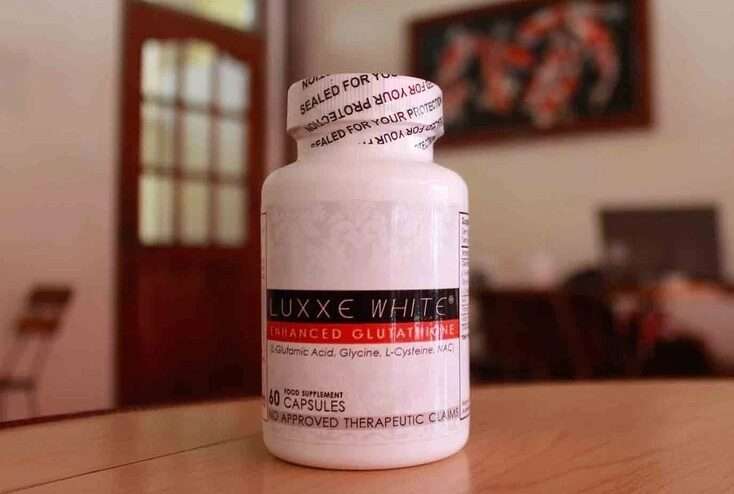 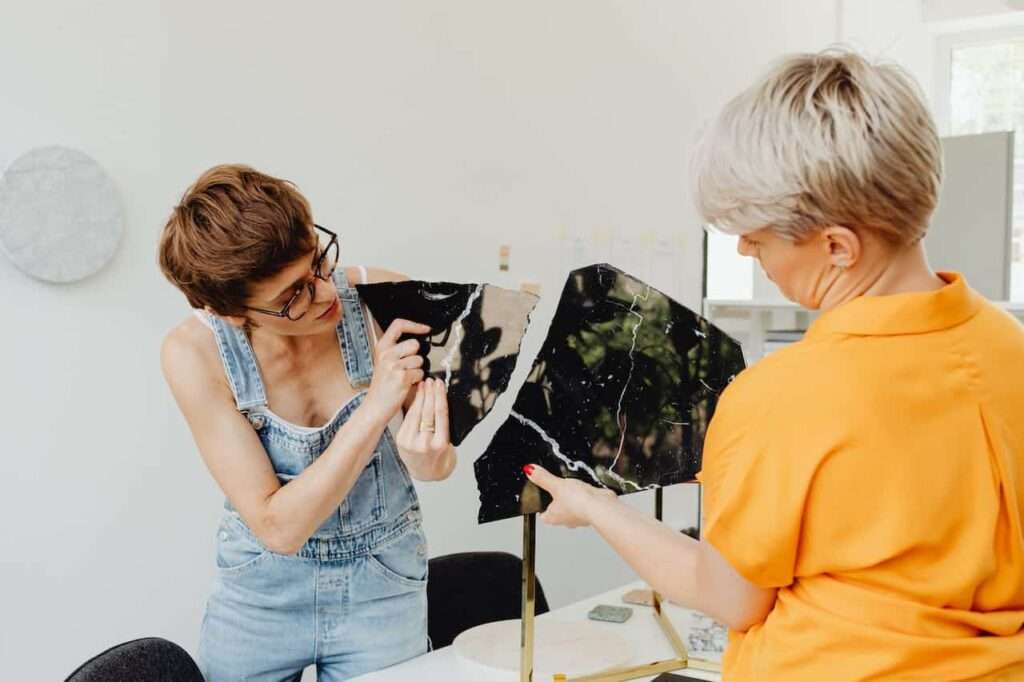 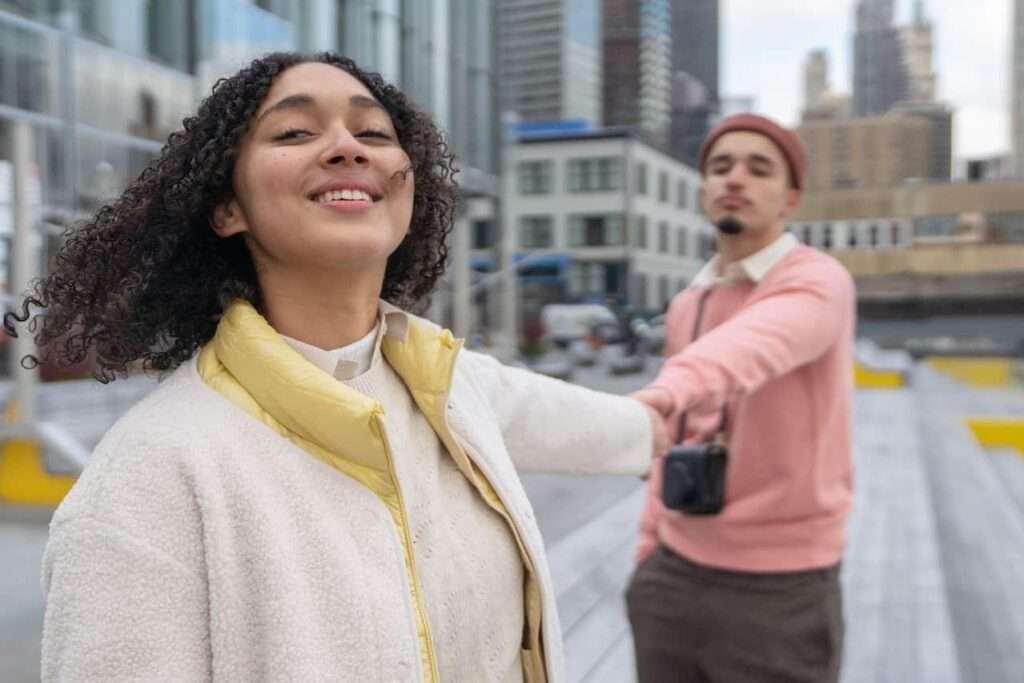