Breakup is quite difficult. Even if you’re the one who makes the decision to end ties, it’s difficult to look someone in the eyes and tell them you’re no longer in love.

That’s most likely why ghosting has grown so common: It’s simple to cut off your relationship without even sending a text since much much part of our relationship happens through our devices, yet this can be interpreted as cowardly and harmful for both mental and physical health.

Falling in and out of love is a natural part of life; however, the worst thing you can do to a man who loves you deeply is to break up with him and block him right away, leaving him with unanswered calls, texts, and unanswered ‘whys.’

If you leave abruptly, it will cause him a lot of pain and agony, and the hope that you will one day become reachable will torment him every day, prolonging his days of grief.

You may act in his best interests, but keep in mind that some people who love others selflessly and unconditionally may attempt suicide or could be traumatized for the rest of their lives. As a result, it’s important to try to break up with them without hurting their feelings.

Also see: How to be a man’s peace

There is no way to completely numb him so that he does not feel hurt by the separation, but there are ways to reduce the emotional impact on him.

If not handled properly, breakups can be a difficult issue to deal with. It is preferable to deal with it in a mature manner, such as meeting in person to discuss your feelings about the relationship and how individual differences are affecting it, so that it can end on a positive note.

That will always be better than sending him a heartbreaking text and then disappearing, which is far more hurtful and leads to a lot of frustration driven by unanswered questions.

There are some long-overdue breakups due to incompatibility issues, but the fact that the relationship is still there is probably because one or both of the couple do not want to hurt each other’s feelings, but the fact still remains that the couple’s hearts are far from each other.

This is not really a healthy relationship because staying in a relationship where you can’t actually give your all anymore is actually enough reason to end it and whatever justification you have for staying in the relationship is nothing more than an excuse to prolong your unhappiness. And, because your heart is detached, you may eventually cheat, which is far worse.

However, there are a few questions you should ask yourself before embarking on a breakup with your man in order to determine whether the decision is worthwhile and to stand your ground once the decision has been made.


Your answers to those questions will reveal whether or not you wish to end your relationship.

Another option to ensure that the decision is worthwhile is to separate yourself from him and go somewhere alone or with friends to check whether you are happier without him. Consider every aspect and don’t be hasty.

If you still have feelings for him and believe your relationship may be saved, talk to him about it. Change your dynamic by doing new activities together. It’ll take a push and pull for both of you to rekindle that spark, which means you’ll need to pursue activities outside of the relationship that you’re both passionate about.

If you’ve given up the hope of staying happy with him and have decided to leave the relationship, here are some tips on how to breakup without hurting him. 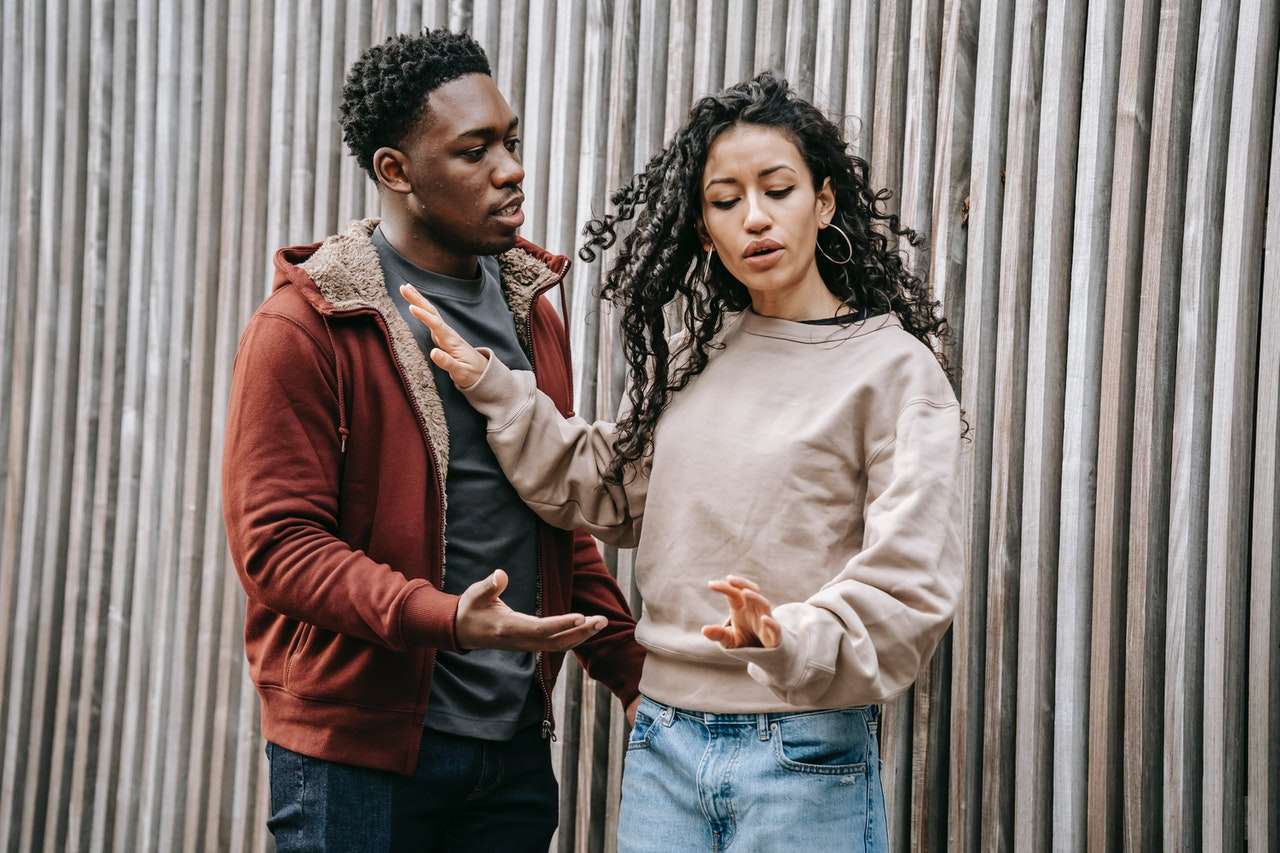 Being ignored is one of the worst feelings and can make us question our self-worth. Even if you think the relationship isn’t going to work out, don’t stop caring about him or start ignoring him. Pick up the phone and respond to his texts and calls; it’s always better that way.

Create an Atmosphere and Get Him Used to it

Breakup is stressful information that no one wants to hear, but breaking things off abruptly can be even worse and have a drastic emotional impact as well as health issues.

The best way is to hint to him as days go by and randomly ask him if he thinks this can work, getting him used to thinking that a breakup may occur very soon will put him in an expectant mode and when the news finally comes, he will react less to it.

Check out what it means to lose touch with reality

Have a Strong Why

If you are certain you want to end the relationship, make sure your reason is strong enough to get you through the emotional aspects of the breakup, because the truth is, if your why isn’t strong enough, you may not be able to stand his emotional meltdown or begging when you break things off to him.

That will always get you back into the messy relationship you always wanted to leave, which is why you should think things through and make a firm decision.

You’ve made the decision to end your relationship with this person. So rather than sending texts, you’ll need to schedule a time to speak with him in person.

Having a one-on-one meeting to address the breakup issue is always a smart way to show him that you care about him and that the relationship is important to you; it will hurt less than departing after dumping a paragraph of text into his WhatsApp.

Be Kind but Firm

If you want to end the relationship politely, be sure your intentions are good. Make it clear to your lover that you care about him. You should stick to your word and treat him with respect and care.

You might even want to start with a grin and tell him about the positive attributes that made you fall in love with him and the things you admire about him.

You’ll need to let him know you’re ready to move on and explain why you don’t think the relationship will work out.


Here is an example of what to say

I’ve given this a lot of consideration over the previous several weeks, and we’ve discussed our differences as well, but nothing seems to be improving. These continual arguments are making both of our lives difficult and unpleasant.

Perhaps there is no path ahead and we must accept this. Perhaps we’re both ideal individuals, but we’re not quite right for one other. I know it’ll be difficult, but we both deserve better.

As you explain your reasons for breaking up and give answers to all his “whys,” try not to place blame on him or pick his habits as an explanation for why the relationship isn’t working because this can be more hurtful than you realize.

Express your feelings without pointing out his flaws and habits as the source of the problem. If he loves and understands you, he will certainly respect your decision.

You should attempt as much as possible not to be nervous during the meeting to end the relationship, and once you inform him, whatever his reaction is, keep calm and composed.

However, if you notice that his emotions are out of control, the best thing you can do for yourself is to leave, otherwise, your emotions may trick you to continue the relationship out of pity which will be even worse.

if you would like to breakup with him without hurting him, use words and expressions with a pleasant connotation. Don’t be moved or surprised if he becomes emotional, remember you have given it a lot of thought and you feel it is the right thing to do.

Doing the right thing may hurt sometimes, but that doesn’t change the fact that it’s the right thing to do. It may be painful, but living happily as individuals is preferable to living miserably as a couple.

Be mindful of what you post on social media afterward, particularly your status updates and stories if you know he might see them.

Do not try to flaunt your new relationship or, better yet, stay single in the meantime; if you can’t, it’s always better to exclude him from your status viewers to help him get over the breakup quickly and easily

Do not hesitate, though, if the relationship is not unhealthy and effort may still be invested into making it work. relationships have their ups and downs.

But it is up to us to fight for the people we care about and who are important to us. Everyone will hurt you in some manner, but the important thing is to decide who is worth fighting for and who is worth letting go.

If you put a little more effort into it,  It’s possible that things might work again. You never know how important and valuable something is until it is lost. So be sure the decision is what you really want to take.

See why guys want to be friends after a breakup

How to get something off your mind permanently

Signs he likes you but pretending

Kindly give our channel a quick sub! 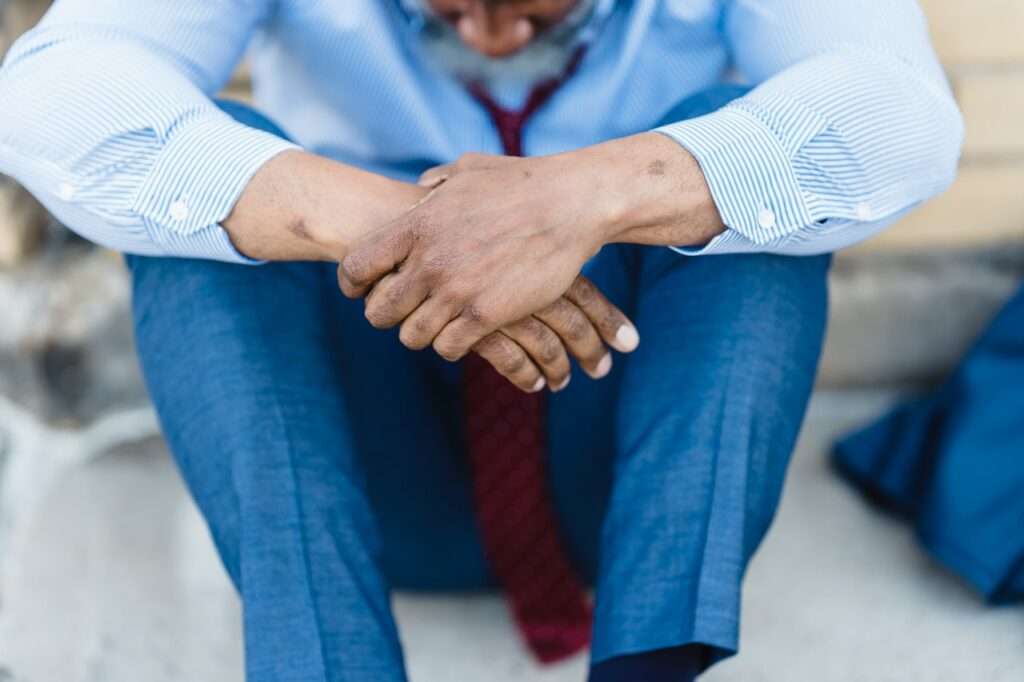